From production and paving to reclaiming, recycling and remanufacturing, asphalt is clearly the sustainable pavement of choice...

High-quality products, exceptional service and a dedication to provide our customers with outstanding paving projects... 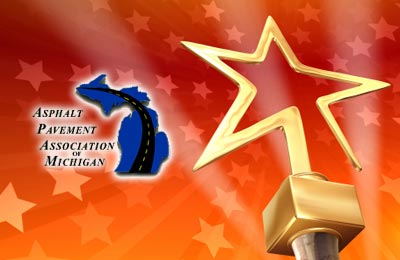 The APAM awards are rated by judges on a scale of 1-10 for the following criteria:

In addition to the APAM awards outlined above, Ace-Saginaw Paving Company was the proud recipient of the 2012 American Public Works Association (APWA) Project of The Year Award for the reconstruction of East Flint Street in the City of Davison.